ON Semiconductor issued an announcement saying the company approved an investment exit plan on September 16 to close a sub-sector of its Advanced Solutions Group division.

The segment's revenue represents less than 3% of the company's consolidated 2021 revenue, and is generally tied to the company's legacy Quantenna business, the announcement noted. This further enables the company to invest in strategic areas including smart power and smart sensing, streamlining its operations and reducing costs, ON Semiconductor said.

The exit plan is likely to result in the reporting unit's fair value below its book value, with a balance of distributed goodwill of approximately $215 million and a balance of unamortized intangible assets of approximately $58 million as of the exit plan approval date. The company expects to be impaired on almost all such amounts related to goodwill and intangible assets.

As far as this exit plan is concerned, ON Semiconductor is evaluating the impact costs of the related exit, including employee severance and related benefit expenses, as well as other contract termination costs, which are not expected to be significant overall. 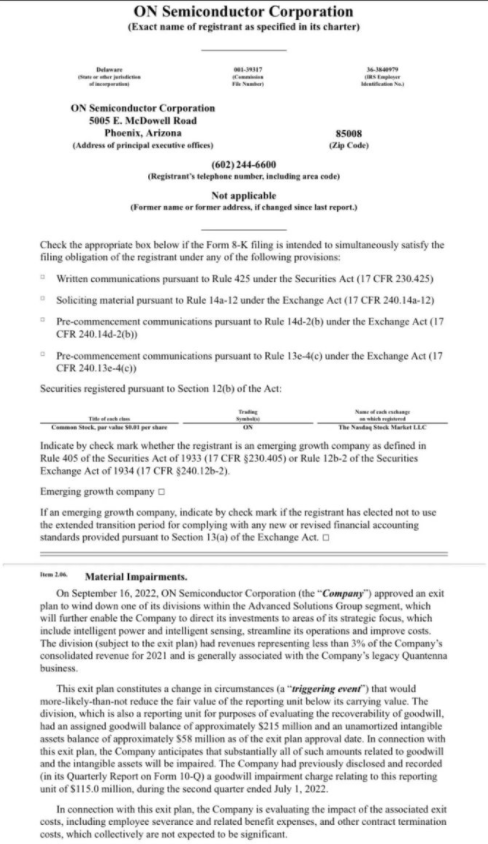