Home > Blogs > The global "lack of chips" is difficult to solve

The global "lack of chips" is difficult to solve

How serious is the global chip shortage? US chip foundry GlobalFoundries Semiconductor CEO Tom Caulfield said recently that the company's wafer production capacity has been sold out by the end of 2023. He believes that in the next 5 to 10 years, the industry may face tight supply for a long time.

Tom Caulfield's point of view is not unreasonable. Since the obvious shortage of chips began in 2020, all parties have not stopped predicting when the chip shortage will ease. Some experts said last year that the chip shortage could be alleviated by the second half of 2021, but facts have proved that such a judgment is too optimistic.

The current shortage of chips is due to the lingering impact of the new crown pneumonia epidemic, which has impacted corporate production capacity. But the more important reason is that the demand for downstream traditional consumer electronics, wearable smart devices, PCs, industrial control and other fields has exploded, especially the rapid development of the new energy automobile industry, which has caused the demand for chips to grow rapidly. With the development of vehicle electrification and intelligence, more and more chips will be used in the field of new energy vehicles. Data shows that the current chip demand for new energy vehicles is three to four times that of traditional vehicles.

The strong demand for chips will continue in the future. In response to some people claiming that "chips are the oil of the 21st century," some chip company executives even said recently that this still underestimates the importance of chips. In the future, chips will be as ubiquitous as air. 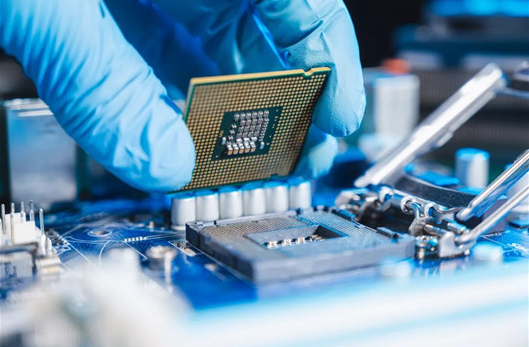 While the demand for chips continues to be strong, the supply-side production capacity has been unable to match for a long time. Although global fabs have started large-scale production expansion, especially large manufacturers such as Samsung and Intel have launched expansion plans worth tens of billions or even hundreds of billions of dollars, but these manufacturers have invested a considerable part of their investment in cutting-edge chips. In order to compete for the future dominance of the chip industry.

In contrast, the investment in mature process chips is slightly insufficient. Expansion of production capacity requires complex processes such as building factories, buying machinery, and debugging equipment, and it takes at least one and a half years. In the current situation, upstream production equipment is increasing in price, and the profit margin of mature process chips is low, making manufacturers less motivated to expand production.

From all aspects of the situation, there is still no sign of alleviation of the chip shortage. Therefore, companies in need must be prepared to fight a "protracted war", plan ahead, and plan for the future.