Home > Blogs > Limited time is 45 days! It is reported that the U.S. government requires TSMC to hand over inventory, orders, and sales data

Limited time is 45 days! It is reported that the U.S. government requires TSMC to hand over inventory, orders, and sales data

Recently, the U.S. government held another chip industry summit. This time it took a tough attitude to improve the transparency of the chip supply chain, requiring foundries such as TSMC and Samsung to hand over data such as inventory, orders, and sales records that are regarded as trade secrets. .

In the past year or so, the global chip industry has encountered various challenges. First, the outbreak of the epidemic caused a significant drop in factory production capacity. Later, there was an earthquake in Japan and a blizzard in the United States. The local chip factories stopped production for a few days, which made chip supply even worse.

At present, countries all over the world are thinking of ways to deal with the problem of chip shortages. On February 24, 2021 Eastern Time, US President Biden signed an executive order to comprehensively assess the risks of the chip supply chain. According to past reports, the three major U.S. auto giants Ford, General Motors, and Fiat Chrysler have all reduced or halted production due to insufficient chip supply; Apple CEO Tim Cook pointed out that the shortage of chips will affect iPhone sales; Qualcomm and HP both said Suffered from the shortage of chips. 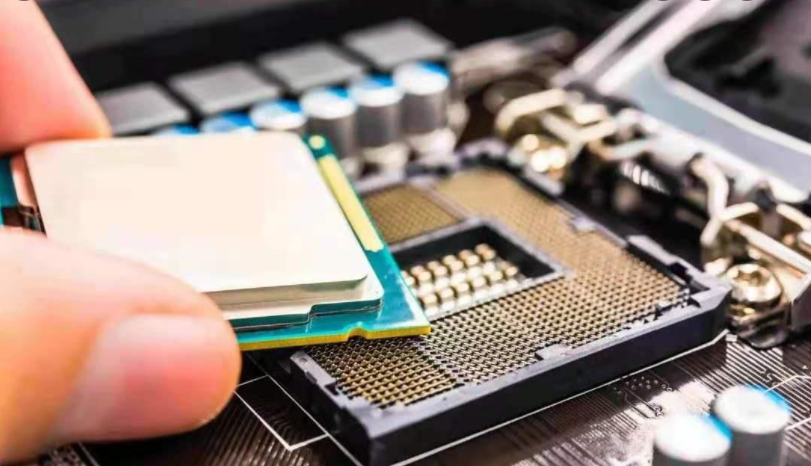 Solving the urgent needs of the auto industry

On the afternoon of April 12th, Eastern Time, the White House hosted the first "Semiconductor and Supply Chain Resilience" summit. About 20 upstream and downstream companies in the semiconductor industry chain participated in it, including Google parent company Alphabet, AT&T, General Motors, Samsung , Dell, Intel and TSMC.

Prior to this, the Biden administration was conducting a 100-day supply chain review on multiple industries, including semiconductors. According to the White House, the participants discussed Biden’s US employment plan and how to deal with US semiconductor supply issues.

The short-term goal of the first summit is to solve the core shortage problem of the US automobile manufacturing industry. According to the forecast data of the American Bernstein Research Company, the core shortage will cause the loss of up to 4.5 million car production worldwide. AlixPartners, a post-research institution, estimates based on the latest data models that the chip supply crisis will result in a reduction of 7.7 million vehicles in global car production in 2021. The American, German, and Japanese auto giants will be the first to bear the brunt. Ford's extremely popular pickup trucks in the United States have also shut down multiple production lines.

The CEO of Ford Motor said that the problem of insufficient chips will bring Ford Motor's losses of up to 2.5 billion U.S. dollars. Another industry analyst pointed out that the chip supply crisis in the automotive industry is expected to continue until the second half of 2022.

Shortly after the first summit, in May, US Secretary of Commerce Raymondo and Director of the National Economic Council Diss met with more than 30 senior industry leaders to discuss the issue of chip shortages.

TSMC is riding a tiger

In the first eight months of this year, the United States has not only held two semiconductor summits, but is also carrying out a plan to return semiconductor manufacturing to the United States. Especially in the second quarter of 2021, the U.S. government issued a number of new bills to support the semiconductor manufacturing industry, including direct subsidy funds for plant construction and plant expansion, stimulating major chip manufacturers such as Intel, TSMC, and Samsung to build plants in the U.S. And expansion.

At the first summit, John Neufer, president of the American Semiconductor Industry Association (SIA), said: "In 1990, the United States produced 37% of the world’s semiconductors. Today it is only 12%. This summit is an excellent one. This opportunity allows us to discuss together a long-term plan to effectively solve this problem." The return of the semiconductor manufacturing industry to the United States plan not only to increase the US chip production capacity, and to free the United States from the anxiety of over-dependence on Asian chip manufacturing, but also hope to further enhance industrial agglomeration. Power, and then inject new and innovative vitality into the US semiconductor industry.

Today, more than five months have passed since the first summit. In the context of a global core shortage, the United States has not improved because of these active pushes. It will take several years for TSMC to build factories and Intel to expand production, while the US auto industry Production is still being cut and discontinued due to the lack of cores, and companies such as Qualcomm, Intel and HP are still complaining again and again.

Such a result certainly cannot satisfy the US government. The third chip industry summit was on September 23rd, Eastern Time. The apparent appeal is still to find ways to resolve the predicament of chip shortage in various industries in the United States. However, according to a report by the Korea Economic Daily, Raimondo said at the chip industry summit that the government needs more information about the chip supply chain to improve the transparency of the crisis and determine the root cause of the shortage.

He also emphasized that for companies that are unwilling to cooperate with the U.S. government, "our toolbox has many methods for companies to hand over data. Although we don't want to get there, we will definitely take action if necessary."

Many industry experts believe that for the foundry industry leader TSMC, the US government's move will severely weaken the company's competitiveness, especially in terms of product premiums, which will almost directly destroy this advantage.

Statistics show that in 2020, TSMC will achieve revenue of NT$1.33 trillion, or about US$46.75 billion, and its share of the foundry market is 54%. Among them, the United States is TSMC’s largest market, contributing 61.07% of revenue.

TSMC founder Zhang Zhongmou has previously stated that TSMC has three major advantages, namely technological leadership, superior manufacturing and customer trust. These are TSMC’s housekeeping skills. The requirements of the US government will cause great damage to these three advantages.

Industry insiders pointed out that if the data submitted includes yield and supply chain management data, it means that TSMC itself has disclosed the company's semiconductor process level. If the U.S. government subsequently controls the foundry market based on these data Price, TSMC will be at a disadvantage when communicating with customers.

At the same time, some practitioners emphasize that once TSMC releases customer data, it will inevitably arouse strong opposition from some customers, especially customers in mainland China. The 2020 financial report data shows that mainland Chinese customers contributed 17.45% of TSMC’s revenue.

Some Taiwanese experts believe that if TSMC and Samsung submit these data at the same time, it is difficult to guarantee that they will not flow into the hands of Intel, a local chip manufacturer in the United States. At present, American Capital International Group is already the largest shareholder of ASML. If the data of Samsung and TSMC are integrated, with Intel's experience, coupled with the priority purchase right of EUV lithography machine, it is not impossible for Intel to become the largest shareholder in the future.

The report pointed out that the United States requires businesses to submit the above-mentioned data within 45 days. At present, TSMC and Samsung have not commented on this matter. However, the report quoted sources as saying that if companies are very unwilling to provide their internal data, they are unlikely to refuse this request, because the US government is considering using the Defense Production Act (DPA) as a legal basis to ensure the policy’s compliance. implement.