Raimundo said in an interview on Thursday that the move is to alleviate the bottleneck of chip supply-the problem has led to a stagnation in US car production, a shortage of consumer electronics products, and to identify possible chip hoarding behavior. 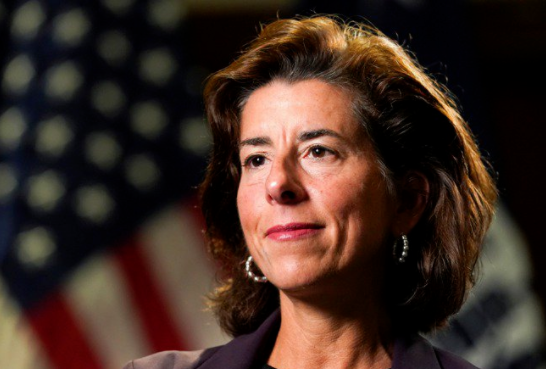 For several months, the Raimondo team has been trying to figure out how the company allocates semiconductor supplies. However, the chip theme conferences that have been convened many times before have not improved industry transparency, and many companies have refused to submit commercial data to the government.

The US Department of Commerce now requires relevant companies to fill out a questionnaire and provide chip supply chain information within 45 days. This request is voluntary, but Raimundo said that she warned industry representatives that if they did not respond, she might invoke the National Defense Production Law or other tools to force them to submit.

"I told them,'I don't want to take any coercive measures, but if they don't comply, then I have no choice'." Raimundo said, "I said today that we are evaluating all current options, all tools , I don’t want to get there, but we need to see some progress, and we really need (them) to obey."

The United States Defense Production Act (DPA Title III) gives the President of the United States extensive powers to direct industrial production during a crisis. It is unclear how Raimundo will use this law to obtain information from chip manufacturers or their customers. She did not specify any specific companies.

US officials have repeatedly emphasized that if the US government is to successfully solve the problem of chip shortages, the private sector must speed up the pace and provide more transparency. The chip theme meeting held by the White House on Thursday emphasized this again.

Raimundo said the meeting was "going smoothly" and the participants were "very constructive."

Localization of semiconductors is accelerating, and 8 high-capacity fabs are expected to be built this year

According to the Financial Associated Press, the CITIC Construction Investment Research Report pointed out that the global semiconductor industry is expected to continue to transfer to mainland China, and China is expected to build 8 high-capacity fabs from 2021 to 2022.

The research report also stated that the current proportion of domestic equipment purchases is still at a low level (7% of the total purchases in 2020), and there is broad room for the development of domestic equipment in the future. Domestic semiconductor equipment manufacturers have gradually improved their product lines and made breakthroughs in their respective advantages.

According to data previously released by SEMI, global semiconductor equipment shipments in the second quarter of 2021 increased by 48% year-on-year to a record US$24.9 billion, an increase of 5% from the previous quarter. China's semiconductor equipment shipments in mainland China topped the world's first place, up 38% from the first quarter and 79% year-on-year to US$8.22 billion.

On September 24, South Korean media reported on Thursday that Samsung Electronics is negotiating with Tesla to produce Tesla’s next-generation autopilot chips based on Samsung’s 7-nanometer process.

"Korea Economic Daily" quoted informed sources as saying that since the beginning of this year, Tesla and Samsung have discussed related chip design many times and exchanged chip prototype products. This chip will be used in Tesla's upcoming Hardware 4 self-driving computer.

Samsung declined to comment on this news. Tesla has not yet responded.

According to reports, if Samsung wins the order, it is expected to use the 7-nanometer production line to OEM Tesla's chips. Samsung is currently producing chips for Tesla's current generation Hardware 3 self-driving computer.

Tesla CEO Elon Musk said at the Tesla Artificial Intelligence Day event in August that Tesla will introduce new hardware for self-driving computers on the Cybertruck electric pickup truck. The time is about "one year." about".

According to a businesskorea report, the holding company of SK Group recently stated that it will invest 5.1 trillion won in cutting-edge materials by 2025. Among them, 700 billion won is used for SiC wafers.

Faced with this huge potential market, SK Group plans to increase the production capacity of SiC wafers from 30,000 pieces this year to 600,000 pieces in 2025, increasing its global market share from 5% to 26%. The company predicts that SiC wafer business sales will reach 30 billion won in 2021, and plans to increase sales to 500 billion won by 2025.

Lack of core, the global auto industry's loss this year amounts to 210 billion US dollars

Since there is no sign of any mitigation of the "chip shortage" during the year, the US consulting company AlixPartners recently predicted that the shortage of semiconductor chips will cause the global automotive industry to lose $210 billion in revenue in 2021. This is almost the agency. It is twice the value predicted in May of this year (110 billion US dollars).

Arrow Platinum said on Thursday (23rd) that due to no signs of any mitigation of the chip shortage during the year, auto production will be reduced by 7.7 million units in 2021, and the automotive industry's revenue will be reduced by US$210 billion-91% higher than expected in May.

Mark Wakefield, the global co-head of Arrow's automotive and industrial business, said in the latest statement, "Of course, everyone hopes that the chip crisis has been eased by now, but unfortunate events-like the Malaysian epidemic blockade. Persistent problems in other places have made the situation worse."

In addition, Arrow Platinum believes that chips are just one of the many problems facing the automotive industry, which also faces problems such as resin, steel and labor shortages.