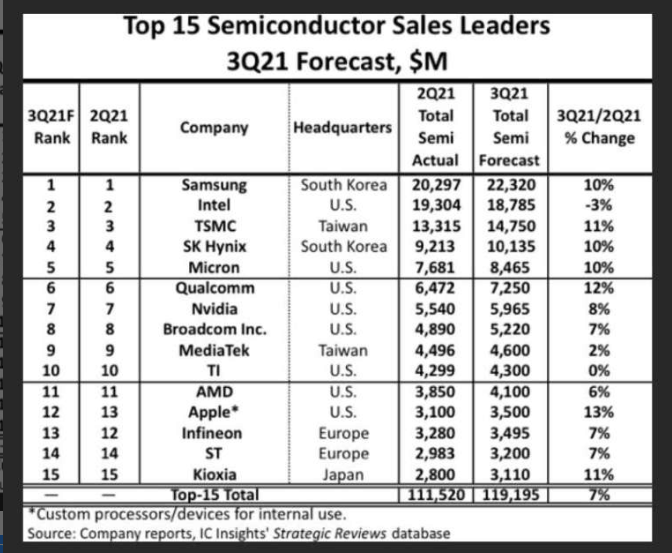 According to the latest ICInsights survey, Samsung Electronics has benefited from the strong demand for memory chips and continued to be the global semiconductor output champion in the third quarter. The second and third places are Intel and TSMC. According to estimates, Intel’s sales in the third quarter are higher than the previous quarter. The decline was 3%, making it the only company among the top 15 semiconductor factories to decline.

Intel’s semiconductor sales in Q3 this year are estimated to reach 18.78 billion U.S. dollars, a quarterly decrease of 3%.

The report also mentioned that semiconductor demand is expected to remain strong until the end of the year, which also supports the current IC Insights forecast that global semiconductor sales will increase by 24% this year.