What are the principles and characteristics of common shaped LED screens

The prosperous city is inseparable from the decoration of LED lights. I believe everyone has seen LEDs, and its figure has appeared in various places in our lives, and it also illuminates our lives.

The special-shaped led screen is based on the traditional led display screen, and displays different effects by transforming various shapes. At the same time, it also has good styling capabilities, can meet special customization needs, and at the same time meet the diverse needs of viewing vision, injecting new vitality into the display industry. Fortunately, our LED display industry has blazed a trail in the chaotic market, enabling the industry to achieve diversified development.

LED displays are in a stage of rapid development and growth. Today, the LED display market is undergoing tremendous changes. In addition to traditional information display and other functions, the requirements for appearance have also been further improved to make it better. The overall structure and use requirements to adapt to the environment have led to the emergence of LED special-shaped displays.

With the development of LED display technology, various special-shaped LED displays are slowly integrating into our lives. When the special-shaped screen first came out, people were surprised that the original display screen could also do this. It has different shapes, such as circles, cubes, cylinders, cylinders and even human heads. The LED special-shaped screen can be well adapted to the overall structure and environment of the building. The size and dimensions of the screen can be customized according to certain requirements to meet the individual needs of customers. 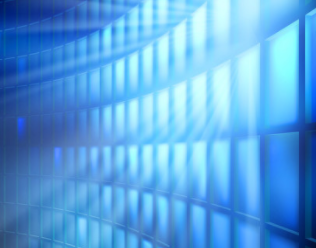 The full viewing angle of the LED spherical screen is 360°, which can play videos in all directions. You can feel good visual effects at any angle without the problem of flat viewing angles. At the same time, it can also directly map spherical objects such as the earth, football, etc. to the display screen according to the needs, which makes people feel vivid, and is widely used in museums, science and technology museums and exhibition halls. With the continuous development of the modern economy, people’s individual requirements for LED displays are getting higher and higher, and the demand for LED displays of various shapes is also increasing, such as cube screens used in bars and shopping malls. . Hanging screens, spherical screens, etc. are the applications of LED special-shaped displays.

The main principle of the special-shaped LED display is a breakthrough in structure, and due to the difference in appearance and structure, there are relatively high requirements for R&D capabilities and production processes. If the LED manufacturer's technology is not good enough, the spliced special-shaped LED display will have many problems, such as uneven appearance due to excessive seam gaps and discontinuous splicing surfaces, which will affect the viewing effect and destroy the overall design aesthetics. More importantly, the circuit and structural design of the special-shaped LED screen is relatively complicated, which puts high demands on the manufacturer's research and development capabilities.

Compared with conventional LED displays, LED special-shaped displays pay more attention to structural breakthroughs. At present, LED special-shaped screen modules mainly have fan-shaped, arc-shaped, circular, cylindrical, and triangular structures. Compared with conventional LED display screens, LED special-shaped screens are favored by users with special needs, and are currently mainly used in performing arts venues, outdoor media, exhibition hall squares and other environments. As LED special-shaped screens have different appearances and different structures, the technical requirements for manufacturers are more stringent. If the manufacturer's technology is not good enough, the spliced LED screen will have many problems such as uneven appearance due to excessive seam gaps and discontinuous splicing surfaces, which will affect the viewing effect and destroy the aesthetics of the overall design.

Today's LED lights may have some problems, but we believe that with the rapid development of science and technology, these problems will eventually be solved with the efforts of our scientific researchers. The future LEDs must be high-efficiency and high-quality.