Home > Blogs > "Lack of core" is not the reason for "scrambled core" Where is the root of the problem?

"Lack of core" is not the reason for "scrambled core" Where is the root of the problem?

CCTV Finance released a review article saying that some dealers maliciously increased prices, causing market price chaos and exacerbating market panic. Automobile companies have no choice but to stockpile a large number of stocks, increase chip inventory to resist future risks, and further aggravate the "core shortage" predicament, leading to a vicious circle. "Lack of core" is not a reason for "fried core".

This is also the case after the State Administration of Market Supervision filed an investigation into the phenomenon of roasting car chips. The current "core shortage" in the market has lasted for nearly a year, and many car companies have stopped or reduced production because they cannot get enough chips.

According to the laws of the market economy, if the demand remains unchanged, the shortage will definitely cause price increases. Many companies have already announced price adjustments for their chip products, and even issued more than one price adjustment letter. However, from the perspective of the enterprise, due to the shortage of upstream production capacity, the price of raw materials has risen, and the rise of products is a normal business behavior that follows the market. This is a normal market regulation.

From the perspective of product price increases, many original manufacturers have increased their prices within 60%, but many downstream manufacturers say that the price of automotive chip-related products in the market has increased by about 5 times to 20 times, and even bought Not available.

Affected by the shortage of automotive chips, some manufacturers have been forced to reduce or suspend production. For example, the recent FAW Toyota and GAC Toyota have suspended production in some production lines due to chip shortages. However, the relevant company did not disclose which models have reduced production and what the current loss situation is.

You must know that Toyota is already an excellent company in supply chain management in the automotive industry. Previously, the company proposed the BCP plan (Business Continuity Plan), which requires suppliers to reserve two to six months of chips for Toyota. But today, these reserved chips are obviously not enough. In June of this year, Toyota announced that it would suspend the production of wiring harnesses at two factories in Japan for a maximum of 8 days.

Nowadays, domestic Toyota plants have also been forced to suspend production due to lack of cores. For example, Toyota's Corolla, Asian Lion, Camry and other models have seen their shipments reduced recently. In addition, the production of models such as the Magotan and Bora of FAW-Volkswagen has dropped sharply in the last two months. According to relevant sources within FAW-Volkswagen, this is due to the shortage of chips.

According to data from IHS Markit, the number of car production cuts due to chip shortages in the first quarter of this year has reached 672,000, and the production cut in the second quarter is about 1.3 million. Another research organization, AlixPartners, is affected by chip shortages. In 2021, automakers will lose 110 billion U.S. dollars in revenue (approximately RMB 712.5 billion). In 2021, net auto production will be reduced by 3.9 million.

Indeed, some intermediaries have appeared in the market, such as general-purpose MCUs from some major manufacturers, and the increase has reached more than 10 times. However, the price of chips obtained by many automakers from normal supply channels has not risen to such an exaggeration. At the same time, the original authorized dealers of some chips also reflect that the original factories will conduct random checks regularly, and the agents do not dare to increase prices indiscriminately.

Then crazy price hikes in the market can be considered to be not common. It may only be done by individual traders in the market. However, some small automakers cannot connect with the original manufacturers due to limited channels and resources, so they can only rely on these Traders bought automotive chips at high prices.

At the same time, in the market, some roasted seeds and nuts have made profits for ten years in the past six months. Such huge profits are also a temptation for other merchants. If there are no certain restrictions, this trend of roasted and nuts will inevitably intensify, and it will also affect the industry. Cause damage, so the emergence of the General Administration of Market Supervision is a good thing for the market, and it also allows the automotive chip market to develop more healthily.

But in the final analysis, the behaviors of roasted seeds and nuts all happen on the basis of out of stock, and there are still some problems in order to solve the problem of out of stock of automobile chips.

One is that the car chips that are out of stock today are usually low-end chips. Many of them cost less than $1 in the past. These chips can guarantee full supply under the normal operation of the supply chain in the past, but they are generally out of stock today. Under the circumstances, some fabs are no longer willing to produce such low-profit products, but concentrate more resources on more profitable products, such as high-tech manufacturing process consumer electronics chips.

To solve this problem, one is to restore the supply chain to the past level, but it will take a certain amount of time, and one is that the market price rises, so that manufacturers can produce car chip products with sufficient profits.

The second is the cycle of production of automotive chips. From the general situation of the market, the cycle of automotive chips from order to production is more than one year, and there is a certain lag in investment. In addition, car chips need to pass strict verification to ensure good stability before they can be used, which again takes a certain amount of time.

Of course, there is a better way to solve these problems, that is, to build an automotive chip industry chain with independent technology to solve the problem of shortage from the root. However, the chip road, because the country has fallen behind and is greatly restricted in patents, it takes time to circumvent patents to produce products with performance and reliability comparable to foreign ones. This cannot be achieved simply by huge investment. of.

In short, today’s roasted seeds and nuts originate from lack of stock, and the lack of stock stems from the fact that most automotive chip products need to be purchased from major manufacturers such as ST and NXP. Products from major manufacturers cannot be purchased. Domestic products are also a substitute. But it takes time to test how it performs in terms of performance, cost, and reliability. In the final analysis, the speed of domestic development is too fast, and some homework that was skipped in the past can only rely on time to make up lessons. 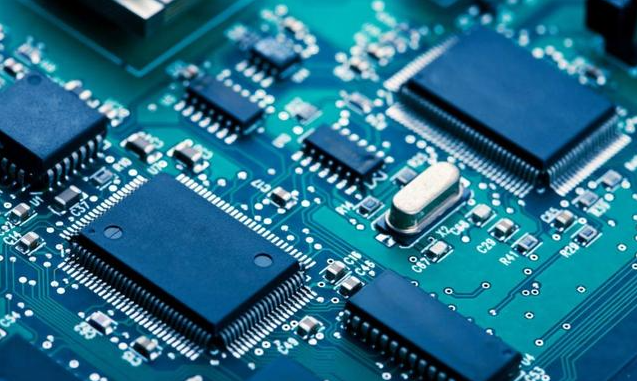