With the continuous deepening of digitization and intelligence of industrial infrastructure, the new demands of the industrial application market have brought more opportunities and challenges to the semiconductor industry. As the basis for the realization of intelligent manufacturing, the construction of the Industrial Internet requires the widespread use of microelectronic products, such as processors, sensors, microcontrollers, and communication chips.

Its development will surely further enhance the application scale of integrated circuits in the industrial system. According to data analysis by research organization Omdia, the global industrial semiconductor market is expected to grow at an average annual compound growth rate of 4.9% from 2020 to 2024. By 2024, the global industrial chip market will reach 62.3 billion US dollars in sales, with a growth rate of 26.9%. 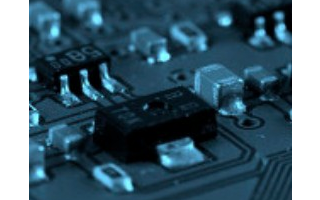 Based on the right way

Starting from the local area to build the technical cornerstone

Jihai Semiconductor was established in December 2019, formerly known as Apex's Internet of Things Chip Business Unit. It is a professional 32-bit industrial-grade general-purpose MCU and industrial Internet SoC-eSE security chip product and solution provider. It is committed to industrial control and consumption. Provide high-quality products and services in the fields of electronics, smart home and automotive applications.

Jihai Semiconductor has inherited 20 years of experience in integrated circuit chip design from its parent company Apex Microelectronics. It has four R&D centers located in Zhuhai, Shanghai, Hangzhou, and North Carolina, with more than 500 team members. In recent years, the team has established "production-university-research" cooperative relations with many domestic universities such as Zhejiang University and Zhengzhou University, and established with a number of leading companies in the five fields of smart home, high-end consumer electronics, industrial control, smart energy, and communication facilities. Partnership.

In terms of product operation, the company provides a reliability guarantee platform to achieve rapid product uptake. First of all, Jihai Semiconductor has reached a domestic high level in its R&D laboratories. It has now passed the national CNAS laboratory certification and has five laboratories for testing, failure analysis, reliability, electrical properties, and application.

In the case of broad market prospects, another data report from the research organization Omdia shows that in China's industrial MCU application market, foreign manufacturers account for 90% of the market share.

At present, domestic MCU manufacturers mainly compete in low-end applications such as consumer electronics and smart cards, but they are monopolized by foreign MCU manufacturers in the industrial control, automotive electronics, and Internet of Things markets with large market potential and high profits.

The market share of the high-end application field can be said to be a treasure of the major domestic semiconductor companies, and Gong Siliang also said at the summit that under the influence of the trade war and the epidemic, domestic chips are ushering in a turnaround, and Jihai Semiconductor is also aiming In the high-end industrial control market.

The first is the BMS energy storage solution, which uses the APM32F072 chip to support low power consumption modes such as sleep, stop, and standby, which can effectively achieve longer battery life. At the same time, the program also supports wide voltage, remote control, OTA upgrade, etc. At present, this product has passed the USB-IF certification to ensure the effective export of Jihai Semiconductor.

The second is the HMI application program, which is based on the APM32F030 chip with a built-in CRC calculation unit and DMA channel to ensure that the LCD does not freeze and effectively increase the refresh rate. In addition, its peripheral settings are also extremely rich, and multiple peripherals such as NFC and Bluetooth can be connected at the same time. The UART supports Bluetooth module interface and Debug interface to realize program download, parameter setting, data interaction and other functions.

The third is the APM32F003 sensor application program, which has an ESD level of 8VK and has a strong anti-interference ability. Under 5V power supply, it can support low power consumption modes such as sleep, shutdown, and standby. At the same time, it can support the built-in 12-bit high-precision ADC and integrate the HSI internal high-speed oscillator. The accuracy of the whole range is controlled within plus or minus 3%, which effectively improves The sensitivity and stability of the sensor's collection and processing of information.

It supports the mainstream FOC algorithm library, and uses Hall sensors as a synchronization signal, and uses FOC to achieve sine wave control, which effectively guarantees the stable operation of the motor. At the same time, it also has a built-in FPU, supports floating-point multiplication operations, supports sensorless, observer arctangent operations, and high-frequency injection.

In addition to the general-purpose MCU based on the ARM core, Jihai Semiconductor also has a core chip based on the domestic C-SKY. In this regard, it is mainly based on the industrial Internet embedded large security main control chip. Gong Siliang said that the current Dachuan GS300, GS400, The four major series of GS500 and GS600 can be said to be the company's leading products.

At present, GS300 and GS400 are mainly used in industrial printers, barcode scanners, as well as some metering systems, remote control systems, etc. Among them, the GS300 chip has passed the National Secret Level II certification and has been successfully used in energy smart terminal equipment to ensure energy network security reliable.

GS500 and GS600 are quad-core and seven-core SoCs respectively. The common feature of these two chips is that they have abundant peripherals, including Ethernet, LCD, PWM, etc., and their application scenarios are mainly in industrial control, AMI and HMI systems. Responsible for information processing, collection, transmission, etc.

In addition, Gong Siliang also revealed at the summit that Jihai Semiconductor will release an M7-core MCU in June or July this year. This MCU can be clocked up to 500 MHz. The peripherals include integrated USB and integrated Ethernet. Communicate with CAN.

From technological breakthroughs to product operations, from application landing to technological innovation, Jihai Semiconductor has been continuously promoting the development of domestic industrial chips. With the current shortage of the entire semiconductor industry, domestic substitution is imperative.

However, the road to domestic production of industrial semiconductors is not easy. Technology, application, and belief are indispensable, as Jihai Semiconductor has always emphasized-believe, persist, and make breakthroughs.