Generally speaking, FLASH programming mainly includes erasing, code programming, and OpTIon word modification operations. The OpTIon programming will not be introduced below. The erasure of the STM32L0 chip not only supports full chip erasure, but also supports page erasure. The size of each page is 128Bytes, which is 32 words. The programming can be programmed by word or by half page [64Bytes]. The time for single-page erasing, single-word programming, and half-page programming are all the same, about 3.2ms, which is also clear in the chip data sheet.

The following code screenshots are organized based on the STM32Cube library, which mainly involves three operations of word programming, half-page programming, and page erasing, corresponding to the three library functions underlined in green. 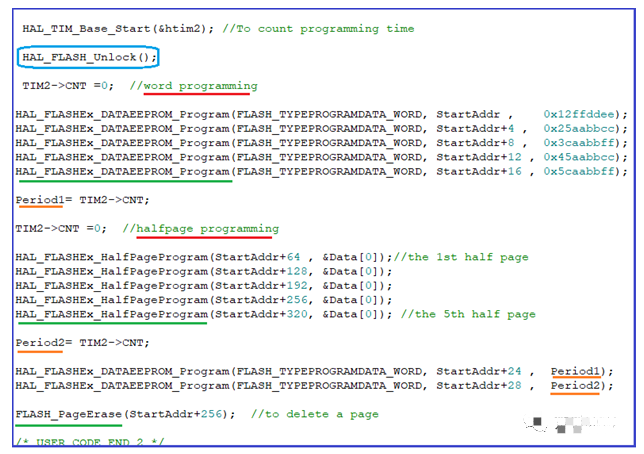 Among them, the execution code of half-page programming needs to be configured to run in RAM. In addition, Period1 and Period2 are used to store the programming time for writing 5 words and 5 half pages, respectively, and place them in the designated FLASH location. After compiling and running, we can see the following results: 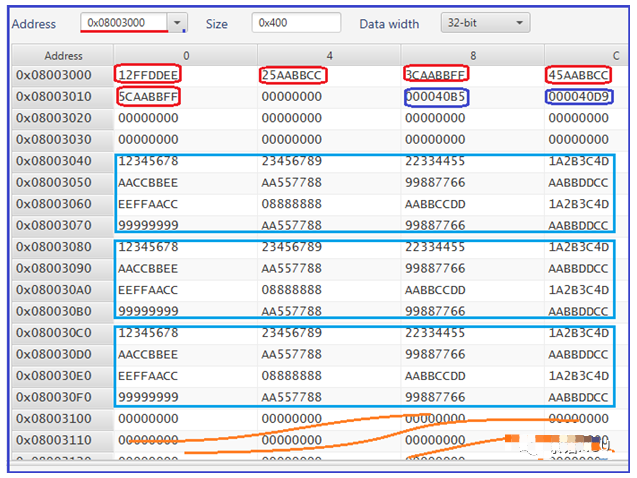 As mentioned earlier, the execution code of half-page programming needs to be put in RAM to run. The code is in the file stm32l0xx_hal_flash_ramfunc.c of the STM32cube library. The implementation of this operation is slightly different for different IDEs. Here is a simple configuration based on ARMMDK, and divide the RAM to use it. 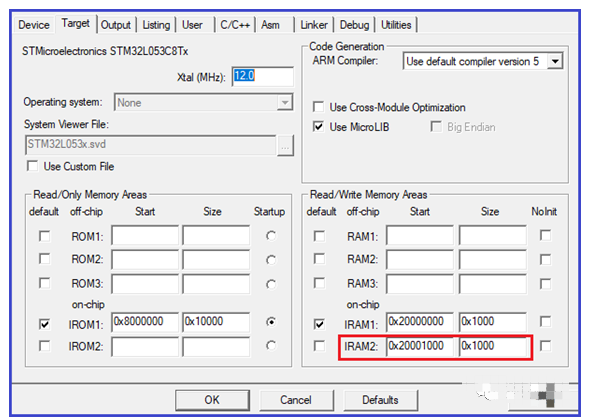 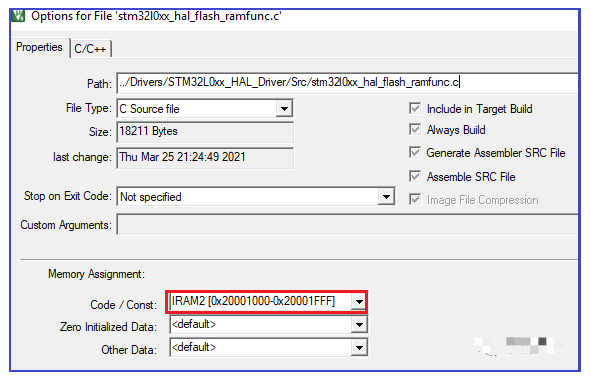 The demonstration of STM32L0 series FLASH programming is introduced here, and I hope to help those in need to save some time and energy.