Well-known manufacturer CalDigit recently launched a new ElementHub docking station, equipped with 4 Thunderbolt4 ports and 4 USB-A ports, which can connect external displays, storage disks and other peripherals to devices such as MacBookPro or iPadPro. In terms of data transmission, the Thunderbolt4 port provides a maximum speed of 40Gb/s, and the USB-A port can provide a maximum of 10Gb/s. 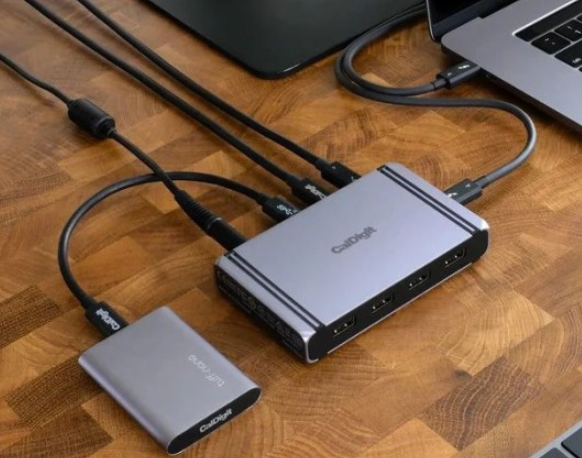 Given that Thunderbolt4 has the same connector design as USB-C and is backward compatible with Thunderbolt3, this docking station can be used for many MacBookPro, MacBookAir and iPadPro models released in recent years, as well as the 4th generation iPadAir. The docking station has a direct charging function, providing a fixed 30W for MacBookAir, a fixed 60W for 13-inch MacBookPro, and a power output of up to 45W for iPadPro.

The box of ElementHub includes a 150W power supply, 0.8m Thunderbolt4 cable and two rubber feet. The base can be ordered at a discounted price of $139.99 (originally $179.99) on CalDigit's website and will begin shipping in the United States later this month. The dock is also available for pre-order in the UK and will start shipping in March.