One article knows the four stages of EMC design.

The author believes that for the realm of EMC design, there will be 4 stages: this stage is the preliminary stage of product EMC design, and when the product is first designed, EMC aspects are not considered. When the product function debugging is completed, it looks like After the EMC test was performed, the EMC problem was discovered, so various temporary measures were adopted to make the product pass the EMC test.

Even with this method, even if the product finally meets the EMC requirements specified by the standard, it will often result in higher costs due to major changes.

If it is because of shielding problems, structural mold changes will often be involved. If the product schematics will be changed because of interface filtering problems, and the PCB will be redesigned at the same time, it may also be due to system grounding problems, which will affect the entire product system. Make adjustments and redesign.

A well-known instrument company in Shenzhen delayed its overseas listing for one year due to the rectification of electromagnetic compatibility issues. At the same time, the research and development costs increased by 500,000 yuan! This method of discovering problems through late-stage R&D testing and then testing and repairing the product often results in the company's products failing to obtain certification in time and go on the market. It is the confusion faced by many R&D departments of companies that are going to the international market. The concept of rectification is not consistent with the enterprise product development process.

At this stage, companies generally already have certain EMC technology, and sometimes there are full-time EMC engineers responsible for EMC work. Together with other developers, when designing product functions, consider EMC issues, such as filtering when designing products. Shielding, grounding, etc.

Enterprise product engineers will also pass short-term training to master the basic methods of EMC design, and even some companies will combine EMC design with product development processes.

A certain EMC design strategy can be introduced from the early stage of the design process, and EMC problems can be considered from the source of product design. This has made great progress in the rectification stage to solve all EMC problems of the product by using later rectification methods, not only reducing many Unnecessary manpower and R&D costs shorten the product launch cycle. However, the EMC design method at this stage also has many limitations, specifically:

a. Participating EMC designers have mastered some EMC design principles and theoretical knowledge, for example, they know how to design filters, how to design shields, how to perform PCB wiring, how to prevent crosstalk, etc., but they often lack the characteristics of combining product systems , Consider EMC issues from the structure of the product system.

b. There is no intention to introduce risks in the design process, and there is no risk assessment method, so it is impossible to predict the consequences that will occur in the later period, and it is quantitatively certain.

d. There is no method to guide, therefore, it is easy to cause controversy for some designs that can be explained from many aspects.

In fact, this stage still belongs to the turbid state of technology application. Even though the designer has mastered the "technology", it cannot be transformed into a simple and feasible "method", so it is difficult to achieve some simulations. At present, most companies (and those with more advanced EMC technology or more investment in China) are in this state.

The rectification and design technology of stage 1 and 2 is upgraded to a method, through which the design of the product can be guided systematically. This method can be used to output detailed and systematic analysis reports, and the analysis is beneficial. Not only has a sufficient theoretical basis, but also closely integrated with the characteristics of the product.

The designer must use the simulation software well and establish a model that conforms to the actual situation of the product to serve the product design. It is necessary to use methods. Method is the basis and precondition of simulation. It is the highest stage in the development of product EMC design technology. Simulation software realizes computer-aided automation design methods, which greatly reduces manual input. This is the highest level of EMC design technology, but most of the small and medium-sized engineers currently do not have independent simulation Ability, this is also a very real issue. 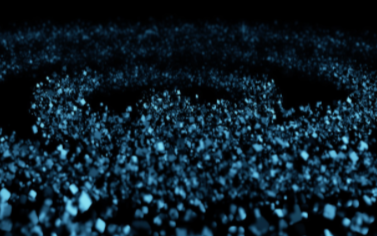