This article explains the request scheduling algorithm of MEMS storage devices in detail.

MEMS (MicroElectromechanical System, Micro Electromechanical System) memory is a new type of storage device that has the characteristics of high density, low power consumption, non-volatile, multi-probe parallel access, etc., and has obvious advantages over traditional disks. It can fill the performance gap between RAM and disk, and can play multiple roles in computer systems, bringing new ideas and new methods to the research of new high-performance mass storage system structure. 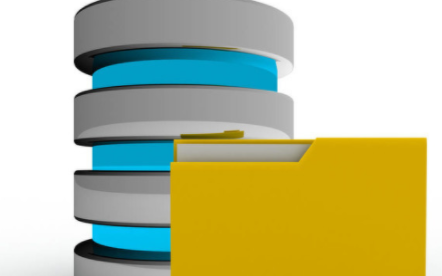 The first is the simplest and worst-performing first-come, first-served (FCFS): the second algorithm is CLOOKLBN. This algorithm is to serve in ascending LBN order, that is, when all requested LBNs lag behind the currently requested LBN, the service starts from the request involving the smallest LBN: the third is the shortest addressing time first ( sSTF-BN), the main idea is to select the request with the smallest addressing delay, but it is rarely used in practical applications. Because few host operating systems have information for calculating actual addressing distance or predicting addressing time, considering the mapping relationship between disk LBN and physical location, most SSTF algorithms use the most recently accessed LBN and target LBN The distance between is used as an approximation of the access time. This simplification is effective for disks: the fourth is the shortest positioning time priority algorithm (SPTF), which selects the request with the smallest positioning delay. For disks, the SPTF algorithm and other algorithms The significant difference is that it needs to consider seek time and rotation delay.

The first three scheduling algorithms ((FCFSCLOOKLBN and SSTFesLBN) can be implemented simply and effectively using the host's software system. Taking into account the mapping relationship between the disk LBN and the physical location, the implementation of these three scheduling algorithms does not require detailed device information, only according to the request LBN number to select the request to be served. The SPTF algorithm is usually implemented in the firmware of the disk drive. The SPTF algorithm requires accurate information about the disk state, mapping information from LBN to physical location, accurate prediction information for addressing time and rotation delay, etc. .

MEMS storage device data access has similar characteristics to disks, and short-distance addressing is faster than long-distance addressing. Different from the magnetic disk, due to the restoring force of the spring, the effect of the force of the actuator at different positions is different. The influence of spring force on different positions of each TIp's access area. The force of the spring increases with the increase of the sled displacement, but the positioning time is longer for short distances. Therefore, when considering finding small-granularity and commonly used data items, in addition to the addressing distance, the distance between the sled and the center position must also be considered.

On the assumption that there is no correlation within each request, compare the performance of a bidirectional layout, an "organpipe" layout, and an optimized disk layout. In the "organpipe" layout strategy, the most frequently accessed files are stored on the middle track of the disk, the less frequently used files are stored on both sides of the middle track, and the least frequently used files are stored near the innermost and outermost tracks. On the track. This layout strategy is optimized for disks. The disadvantage is that files need to be moved regularly according to the frequency of use of the files, and some status of the files need to be maintained to record the frequency of use of the files.