Home > Blogs > What is the magical existence of a docking station using 60G millimeter wave technology?

What is the magical existence of a docking station using 60G millimeter wave technology?

Extremely wide bandwidth. It is generally considered that the millimeter wave frequency range is 26.5~300GHz, and the bandwidth is as high as 273.5GHz. More than 10 times the full bandwidth from DC to microwave. Even if atmospheric absorption is considered, only four main windows can be used when propagating in the atmosphere, but the total bandwidth of these four windows can reach 135 GHz, which is 5 times the sum of the bandwidth of each band below the microwave. This is undoubtedly very attractive today when frequency resources are tight.

The beam is narrow. The beam of millimeter wave is much narrower than that of microwave under the same antenna size. For example, a  12cm antenna has a beam width of 18 degrees at 9.4GHz, but only 1.8 degrees at 94GHz. Therefore, it is possible to distinguish small targets that are closer together or observe the details of the target more clearly.

Compared with lasers, the propagation of millimeter waves is much less affected by climate and can be considered to have all-weather characteristics. 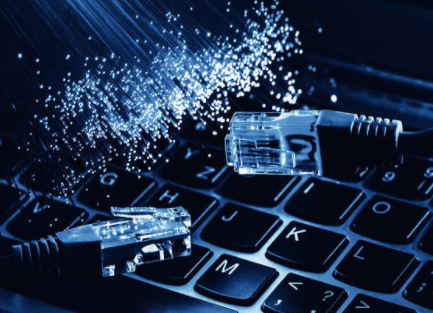 The propagation attenuation in the atmosphere is severe.

The device processing precision is high.

What kind of stuff is a docking station using 60G millimeter wave technology?

The docking station is a kind of external device that can expand the dedicated interface to a variety of more general interfaces. Although the different needs on the market lead to the various forms of the docking station, there is one commonality that they are all wired connections, such as A long HDMI cable was dragged from the TV on the wall to the conference table.

The latest iphone12 applies millimeter wave technology to the mobile phone field for the first time, and PeakDo  brings this  millimeter wave HDMI wireless expansion dock that has both beauty and strength. It can get rid of the trouble of HDMI cable connection within 0-30 meters. If you are also choosing to expand Docking station, PeakDo docking station is definitely worth trying!

Product introduction: Both appearance and performance

The Millimeter Wave HDMI Wireless Expansion Dock  is another master product developed by PeakDo after the previous generation of  Wireless HDMI Projector  products were sold well.

This docking station is designed to solve the troubles of  file transfer, PD fast charging, HDMI wireless zero-delay transmission  at one time, eliminating the need for cumbersome wire connections in the middle, and adding convenience to study and office life.

Because of this, this product has one more receiver component than the traditional docking station (as shown in the right picture below), which is used to wirelessly send and receive HDMI video signals for remote devices (distance no more than 30 meters).

The docking station provides a total of 5 interfaces: two Type-C, two USB3.0 and one HDMI 1.4.

The dual Type-C ports conform to the USB3.1 Gen1 protocol, the maximum transmission rate can reach 5Gb/s data transmission, it can support video transmission and conform to the 3.0 fast charge protocol, and support up to 20V/5A (100W fast charge), both interfaces support Blind plug-in, which can supply power to the host and the product itself at the same time, and is used as a Type-C port for data interaction between mobile phones and notebook devices;

The remaining two USB3.0 interfaces are used as data output, supporting data reading and mouse and keyboard use, docking function, maximum transmission rate of up to 5Gb/s data transmission, and backward compatible with 2.0 and 1.0 protocols.

No network, no APP, plug-and-play, wireless "zero" delay, up to 4K 30Hz image lossless transmission, this has to be said to be a high-tech technology.

The mobile phone is connected to the mouse and keyboard peripherals through the millimeter wave HDMI wireless expansion dock, and then wirelessly casts the screen to the screen, which can instantly turn the mobile phone into a productivity device, gaining a desktop-level system experience, and perfectly adapting to Huawei and Samsung Dex devices.

The product supports wireless transmission at a distance of up to 25 meters, no network, plug and play, completely bid farewell to cables, suitable for large-scale conference rooms, mobile camera monitoring. It is suitable for wireless projection of PPT and various documents on large screens for mobile phones, computers and other devices. It is definitely a good helper for conference office.

Mobile phone or camera live video can be directly transmitted to the TV wall, audio and video can be synchronized, up to 4K@30Hz image quality, you can enjoy the good experience brought by high-definition image quality and zero delay.

With the wireless projection of the docking station, a larger screen, and ultra-high-definition teaching, children and parents can watch the big screen together, so that children can learn more efficiently while protecting their eyesight.

Zero delay output mobile phone, tablet or computer game large-screen game screen, allowing players to clearly capture the details of the game screen to help you take a step forward. The 1080P120HZ version under development has a refresh rate of 120HZ within 2ms of delay, which is expected to expand the professional e-sports game market.

The design of the product is also functional, beautiful and portable. The diameter of the base does not exceed 6cm, and the vertical height of the product is 15.6cm. It is light and small, and the device can be rotated 30 degrees, 60 degrees, and 90 degrees, adding more flexibility. The material of zinc and aluminum alloy, silver-white color matching, doubles the sense of technology.