Home > Blogs > Why is the market for QLED TVs developing so fast?

Why is the market for QLED TVs developing so fast?

It can be seen from the data that large screens not only occur on mobile phones, but the process of TV large screens is also a constant trend. Why do we all like "big screens" or even "giant screens"? Both large screens and giant screens are well understood. "Much content is good, and big screens are strong". Consumers are always willing to pursue bigger screens because "big" means more enjoyment. , "Big" can give us the true ultimate enjoyment. There is no doubt that larger screen TVs are the general trend.

As large-screen TVs become popular, TV manufacturers are also sparing no effort to upgrade the display technology, and input the product concept of larger screens and better picture quality into the hearts of the people, bringing users an unprecedented movie-watching experience; at the same time, continuously Expanding and enriching the functions of large-screen TVs, driving the diversification of application scenarios, making super-large-screen TVs a home entertainment center. As an active promoter of large-screen TVs and giant-screen TVs, TCL is at the forefront of the industry by virtue of its unique advantages. 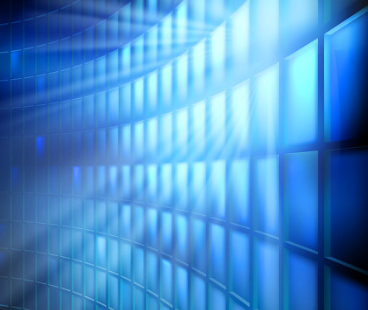 Large screens in the upstream, implement the best QLED display technology in the giant screen era

As we all know, under the wave of super-large screens, the growth of TV size is simultaneously testing the hard power of TV display technology. Because whether a display technology can break through the screen size limitations in terms of manufacturing process, image quality performance, and production cost, to a large extent determines the development space of its consumer market.

Especially the large screen is the test of the TV picture quality. While the large screen magnifies the details of the picture, it will also magnify the flaws in the picture, afterimages, aliasing and other issues have a great impact on the visual perception. Therefore, a TV display technology with powerful detail description capabilities and superior color rendering capabilities is critical.

QLED quantum dot display technology uses a kind of nanocrystals that emit light and change color. It has the advantages of mature technology, low cost, low energy consumption, long life, and good color performance such as wide color gamut, pure chroma, and long color, which can last Presenting the true colors of nature can make the image quality display vivid, and the dark field and details can be clearly presented, which makes it the most adaptable display technology in the big screen era. In addition, it also has the advantage of being large-sized and capable of mass production, making large-screen giant-screen QLED TVs of 75 inches and above quickly landed and popularized.

TCL, as the forerunner of QLED quantum dot display technology, is sparing no effort to promote the application of QLED in the industry, and has become the top domestic QLED quantum dot TV. Up to now, TCL has a team of more than 1,000 image quality experts and 11 research institutions around the world. They have participated in the formulation of more than 50 image quality standards (domestic, industry, and associations). QLED quantum dots have invested more than 100 million in 5 years. Four large-scale dot display technology standards were formulated, and more than 700 quantum dot patent applications ranked second in the world. It has a world-class electroluminescent quantum dot laboratory.

It is more worth mentioning that thanks to the support of TCL upstream company Huaxing Optoelectronics, it has consolidated its leading position in the large-size TV panel market. In the large-size field, the two G8.5-generation LCD panel production lines (t1 and t2) of Huaxing Optoelectronics have maintained full production and sales for a long time. Currently, large-size LCD panel shipments rank fifth in the world. In addition, the first 11-generation line will be mass-produced in March this year, and the second line will also be mass-produced in 2021. The scale effect and product advantages will continue to expand. The supply of panel production capacity has become more abundant, the yield rate has been improved, and cost reduction measures have been put in place, providing a guarantee for TCL to promote large-screen QLED TVs.

Therefore, it is not difficult to understand why TCL can continuously and rapidly expand the large-screen TV matrix of 75 inches and above in a short period of time, and focus on the manufacturing of QLED TVs with greater color advantages, wider dynamic range, and longer display life. This year, a number of 75-inch and 85-inch super-large screen QLED TVs were released in one go. In particular, large-screen TVs equipped with Quantum Dot Pro 2020 technology have purer color performance and higher color gamut, bringing extremely clear and delicate display effects. At the same time, the Meililong color chip, Q image quality engine, MEMC motion compensation technology and other technologies, from the screen panel, processing chip and algorithm, truly achieve an all-round improvement in display quality.

Large-screen TVs are just the most intuitive change. The super-large-screen TVs in the new era are also more open and intelligent, and they have been given strong technological attributes. Users have more demand for large-screen TVs in the living room, and are no longer limited to traditional audio and video playback. In addition to watching movies, there are also parent-child interaction, exercise and fitness, entertainment K song, man-machine dialogue and video chat, etc. With various application scenarios and open interconnection with smart devices in the whole house, the TV will become more versatile.

On large-screen TVs, in addition to TCL's continuously improving QLED quantum dot technology in terms of picture quality, which has allowed the picture quality of large-screen TVs to reach new heights, TCL also strives for perfection in terms of sound quality. In recent years, TCL has cooperated with more professional and enthusiast audio manufacturers, such as content and technology cooperation with first-line brands such as Harman Kardon, IMAX, Onkyo, so that users can enjoy the royal class while watching movies. Sound experience.

In addition, TCL is the first to propose the AIxIoT strategy. At present, all 75-inch+ large-screen TVs aim to promote the upgrading of family life entertainment scene experience. In terms of voice interaction, the use of far-field Handfree voice-free voice function realizes the convenient experience of smart TV "one wake up, multiple rounds of interaction"; in terms of full-scene AI integration, based on large-screen TVs, quickly build a refrigerator and air conditioner , Washing machines, speakers, door locks, beauty instruments and other intelligent hardware, to achieve the coverage of all-scenario intelligent services based on collaborative linkage, quickly implement AIxIoT, accelerate the ecological construction, and make the large-screen experience unprecedented height. It can be said that TCL's understanding of AI and IoT is uncompromisingly displayed on large-screen TVs.

Take the TCL 85X9C IMAX private theater, an 85-inch giant screen TV. In terms of picture quality, it is equipped with Quantum Dot Pro 2020 technology to bring lifelike visual effects; in terms of sound quality, it has been jointly created with the top ONKYO Onkyo company. A set of audiophile-level HiFi speakers brings an immersive audiovisual feast with "sound"; in terms of AI interaction, the newly added AI voice assistant "Little T" is more responsive, and can also be used with different intelligences at home through full-scenario AI It can be said that it is very smart and worry-free to use equipment linkage to meet various interactive needs in different scenarios. In addition, this TV can also realize a "one-stop" living room entertainment including video, shopping, education, games, etc.

In short, the current large-screen TVs have taken on more personalized new roles. Whether it is a viewing tool, entertainment tool, or life tool, the value has obviously been reflected. With the continuous development of TV size from the "giant screen" direction, if users can fully feel the diversified role played by TV, I believe it will also help increase rigid demand and stickiness in the future. I have to say that with the opening of the era of big screens and giant screens, TCL will become the leader again!