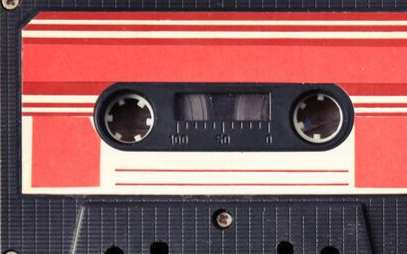 Although iSCSI and FCoE have been over-hyped, Fibre Channel still provides services for most storage environments.

"Fibre Channel is a time-tested technology, and higher speeds will appear in the future"

Schulz said that two years ago, some analysts predicted that disk drives would be replaced by solid state drives within two years. However, disk drives still exist today, and they have good price, performance, capacity, and availability. It is true that Fibre Channel disk drives will give way to high-speed 15,000 rpm SAS and larger capacity SAS and SATA drives. Solid state disks will continue to look for new opportunities. But conservatively speaking, the disk drive has been with us for at least 10 years.

From large enterprises to small and medium enterprises, SOHO and consumer products in software, operating systems, equipment and storage, RAID is truly ubiquitous. More than a decade ago, when "large-capacity" 9GB, 18GB, and 36GB drives first appeared, people would start to pay attention to the long rebuild time. RAID solves these challenges, but it also faces new challenges. To put it further, the new RAID algorithm is even used in the latest flash memory arrays from manufacturers such as ViolinMemory.

The snapshot only appeared for more than 15 minutes in the 10-year history, and then disappeared from people's vision. However, this technology is used in many applications.

"What has been taken for granted by many people or misunderstood by others for a long time is that snapshots are a great tool that can be used in more enterprise block and file applications, and even small environments to implement virtual backups. ."

tape is somewhat similar to the popular concept of "paperless society". In the late 1990s, some people said that a "paperless society" was coming. However, the reality is that we now use more paper than ever before. Similarly, the topic of the demise of tape has been mentioned for decades, but more data is stored on tape than at any time in history. Because fewer tapes and tape drives are needed to store a certain amount of data, tape revenue is not optimistic. But the tape technology still exists and will not change for some time to come.

"The irony is that disks help the survival of tapes because disks need to buffer backups so that they can be transferred to tapes and drives more efficiently."

This technology is not only alive, but also undergoing some kind of "renaissance." Although virtualization eliminates the need for it, capacity planning has found a new role in cross-technology areas (such as converged servers, storage, I/O storage hardware, equipment and software licensing in virtual and physical environments). Vendors such as TeamQuest have found ways to analyze and model performance and capacity, and cover most forms of software and hardware virtualization.

We always worry about tape loss, which is why tape manufacturers have introduced encryption in recent years. But now encryption is also applied to disk drives, solid-state flash memory devices, and laptop computers.

More and more servers are integrated, and the virtual machine can support dozens of virtual servers in a box. However, the stand-alone server did not disappear because of this. In some cases, no matter how "charm" virtualization is, there is no work load without a stand-alone server. But in other cases, some companies still insist on running an application on one server for reasons of preference or simplicity. After all, virtualization introduces a new management layer with complexity.

The mainframe known as the "Jurassic Era" not only has a longer lifespan than dinosaurs, but also has a tendency to make a comeback, with improvements in design, appearance and structure. A large part of IBM's revenue still comes from mainframes, and many financial companies are unwilling to abandon this platform as a heavy-duty trading system.

Although the backup still exists and everyone will use it, there have been many improvements in this technology recently.

"Although the new technology has such bright spots, backup and retrieval still use VTL with functions such as deduplication, replication and snapshots to directly go to disk, disk to disk and then tape. Therefore, backup/retrieve is still The key support for data protection."