Kioxia has reportedly told its customers that production tools at one of its factories caught fire early Tuesday.The fire was quickly extinguished, no injuries were reported and the impact on NAND supplies for the joint venture is expected to be minimal, according to production partner Western Digital.

Wells Fargo senior analyst Aaron Rakers (Blocks&Files) said the fire broke out in the dust free room of Fab 6 (pictured), part of the Yokkaichi Operations wafer plant owned by Kioxia and Western Digital.According to a document sent by Kioxia to one of its customers (and published by TechNews), the fire broke out at approximately 6:10 a.m. on January 7, 2020 at JST, damaging some of its manufacturing tools.So far, the exact cause of the fire is unknown.Operations were partially disrupted for a short time, but have now resumed, and the joint venture is working to get the fabs back to normal operation

Fab 6, the newest and most advanced wafer Fab at the shiji factory, began production in September 2018.Currently, the fab produces 64 and 96 layers of 3D NAND memory.Adjacent Fab 2 and Fab 5 are also used to make 3D NAND flash, so Kioxia and Western Digital continue to make memory in other factories. 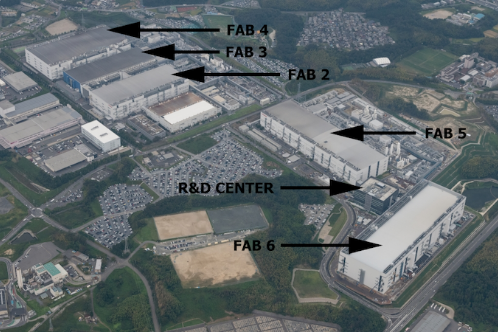 A major disruption at the Fab 6 plant could cause market volatility, but Western Digital expects the impact on supply to be minimal.