We are accelerating into the 5G era! According to data released by the Global Mobile Suppliers Association (GSA), the number of 5G networks put into commercial use worldwide has reached 106 by September 2020, and 14 new ones have been added in the last month alone. It seems that this year's new crown epidemic has not slowed down the pace of 5G commercial use. According to GSA's analysis, the current penetration rate of 5G in the global population has reached 7%. It is estimated that by 2025, 20% of the world's devices will be connected to the 5G network.

Why do people invest so much enthusiasm and expectations in 5G? This has to start with the positioning of 5G-if cellular wireless communication technology from 2G to 4G solves the interconnection between people anytime and anywhere, and builds a wireless Internet world, then 5G will expand this interconnectivity To the broader field of the Internet of Things, 5G has become the backbone of the future interconnected world.

There is a Metcalfe law that is regarded as a standard in the Internet world. Its general meaning is that "the value of the Internet is proportional to the square of the number of Internet users." If the cellular wireless technology before 5G, its value growth space will eventually encounter the ceiling of development due to the limitation of the total population of the world, then when 5G realizes the interconnection of all things, then the number of its users-whether human or machine- —It will increase by at least an order of magnitude, and will continue to rise as the application expands. The potential value behind this will exceed people's imagination.

In order to realize the vision of the Internet of Everything, 5G is being shaped as an all-around player. In the same network architecture, it must meet the needs of three typical application scenarios:

Thanks to technologies such as millimeter wave and ultra-large-scale MIMO, it is generally believed that the peak rate of 5G can reach 1Gbps, which is 10 times that of 4G. This will make many previously unattainable applications (such as high-definition video wireless transmission) a reality and support VR Emerging applications like /AR that require large amounts of data transmission will also be easy to do.

It can provide extremely low network latency of less than 1ms, as well as system redundancy and higher reliability, which allows 5G to penetrate into areas that require real-time requirements such as autonomous driving, industrial control, and telemedicine.

From this almost "no dead end" application scenario setting, it is not difficult to see the ambition of 5G to "unify wireless rivers and lakes". In other words, whoever can grasp the opportunity of 5G can also catch a ride on the rapid development.

It can be said that 5G drew a big circle when positioning, including all wireless connection scenarios within the scope of imagination. The "disruptive" positioning of 5G also determines that its architectural planning and design must also be "disruptive", and the challenges brought by it are self-evident.

The architecture of the 4G/LTE network we are familiar with can be simplified into three links: network edge devices (such as mobile phones and tablets, etc.), base stations (responsible for connecting edge devices and transmitting data to central office switches and other devices for processing), And the central "cloud" (the data center of the communication network) at the central office. But such a network architecture obviously cannot meet the needs of 5G.

Relatively speaking: 5G edge devices are more diversified, and the communication requirements of different devices are greatly differentiated; the number of terminals that need a single base station to connect and the data throughput have also increased significantly; and it needs to support extremely low network delays within 1ms; The transmission distance of millimeter wave is limited, so it requires the deployment of denser cellular base stations... These changes make the 5G network architecture must be adaptively adjusted.

Figure 1 shows a typical 5G network architecture. We can simulate the path of data from the edge to the cloud to understand how this architecture works. An active antenna system is connected to a variety of edge nodes and collects data; this antenna system is connected to a virtualized base station; and how this base station works is driven by an edge data center (EdgeDataCenter). All the above-mentioned devices together form a base station system, responsible for the communication and connection of IoT devices within its coverage area. Such base stations are widely deployed and distributed everywhere, and finally connected to the central "cloud" of the network to form a complete 5G network .

It can be seen that 5G base stations are very different from the previous generation of networks, especially the introduction of edge data centers. The previously centralized network management tends to a distributed architecture. The edge data centers can directly send, receive and process data from Network node data and respond quickly, and through technologies such as network function virtualization (NFV) and software-defined networking (SDN), the server can be used to simulate the work of the network gateway, and the bandwidth and delay can be defined according to the needs of actual applications. Performance brings great flexibility to operators.

The above-mentioned changes in the 5G network architecture will of course also be transmitted to the upstream hardware, and new hardware solutions are needed to adapt to this change. Among them, connector products are no exception.

In a hardware system, the connector usually does not occupy the most important "C position", but as an interconnection component for transmitting data and power, the connector is very important in ensuring the stability and reliability of the system. Mistakes in model and application tend to bury hidden dangers that are difficult to detect.

According to the above 5G network architecture, the application scenarios of connectors on 5G are mainly concentrated in the following aspects:

The signal and power connectors required by outdoor antennas and baseband systems are used to connect antennas installed at high places with base stations on the ground.

High-performance server and storage connectors required by base stations and edge data centers to realize the connection between the system and the outside.

Connectors used for network edge node devices include high-performance PCB connectors that can be used in automobiles and communication equipment, as well as commercial connectors such as board-to-board, wire-to-board, and IO with a wider application range.

Although these connectors have different application scenarios, they need to meet some additional constraints if they want to be "worthy" 5G.

The first is the improvement in performance. As mentioned above, the 5G distributed network architecture enables edge data centers to undertake more computing and processing tasks. Some high-performance interconnection solutions that were previously only seen in cloud data centers will also land in edge data centers.

For example, AmphenolICC creates a series of high-speed IO interfaces for next-generation data centers-such as SFP, QSFP, QSFPDD and OSFP-and its cable assemblies, which can support up to 400Gb/s bandwidth. The 0.8mm QSFPDD interconnection system is a 76-bit new high-speed, double-density QSFP interface. The 8x50Gb/s electrical interface in the solution enables each port to support a total transmission rate of up to 400Gb/s, suitable for high-speed serial applications. For example: cellular infrastructure, hubs, switches, servers, etc. The OSFP interface can support 25Gb/sNRZ or 56Gb/sPAM4, with a total bandwidth capacity of 200/400G, and has excellent signal integrity performance. These solutions can provide strong support for 5G edge data centers.

As 5G base stations need to adapt to the challenges of different environments, connectors need to be superior in reliability and durability.

In this respect, AmphenolICC's OCTIS™ outdoor IO connector series can be regarded as a masterpiece, the connector is designed for high-power applications, can achieve high reliability and performance. OCTIS is a durable IO interconnection solution that can be used in harsh outdoor and extreme environments. The product has functions such as lightning protection, EMI shielding, UV resistance and IP67 weather resistance. At the same time, the program has a spacing of 26 mm, which can meet the requirements of high port density; due to the unique design of the transceiver located outside the box, OCTIS also helps to save board space and improve heat dissipation. OCTIS also supports a variety of industry standard interfaces, such as SFP/SFP+, QSFP, signal, power, and hybrid interfaces. Due to the above-mentioned characteristics, OCTIS products are widely used in applications such as remote radio heads, small cell base stations, macro cell base stations, microwave links, distributed antenna systems, etc. It can be said to be a forward-looking product, which can obviously be used in 5G. Give it a try.

The functions of 5G equipment are more complex, which requires more things to be accommodated in the unit space, which also puts forward higher demands on the connection density of connectors.

In this regard, AmphenolICC has many high-density interconnect solutions to choose from. In the 5G antenna system, you can see the Lynx™ QD board-to-board mezzanine connector. One of the most prominent features of the Lynx narrow connector is the realization of four-row connection in the traditional double-row package, which doubles the connection density. LynxQD is a member of this high-speed high-density connector series. It provides a four-row differential signaling structure in a compact two-row package, supports 56Gb/sPAM4 and PCIe®️Gen5, and provides strong mechanical strength and continuous signal integrity Sex is a product worth paying attention to in the selection of 5G connectors. 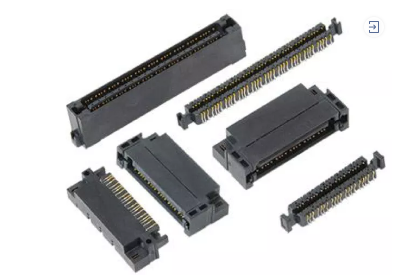 As mentioned above, 5G use cases are characterized by diversity, which means that a diverse portfolio of connector products is needed to deal with, so as to achieve optimal results. This requires locking the most suitable connector product according to the specific application. 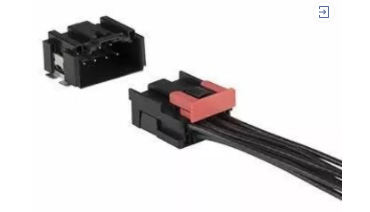 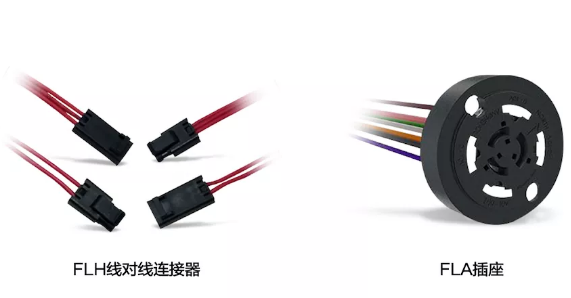 In short, 5G has brought many new design challenges for hardware interconnection, and its large-scale commercial deployment has also brought huge business opportunities. This requires connector products to be adaptively optimized around the needs of 5G, to develop "different" products, and to find a new application foothold in this key wireless technology upgrade iteration.