Home > Industry News > Samsung announced mass production of 8-layer TSV technology stacked DDR5 chips by the end of 2022, with a transmission speed of up to 7.2Gbps

Samsung announced mass production of 8-layer TSV technology stacked DDR5 chips by the end of 2022, with a transmission speed of up to 7.2Gbps

According to a report by South Korean media "THEELEC", Samsung Electronics announced at the Global Semiconductor Industry Conference Hotchips 33 held on the 23rd that Samsung Electronics will begin mass production of 8-layer stacked DDR5 memory chips by the end of 2022. 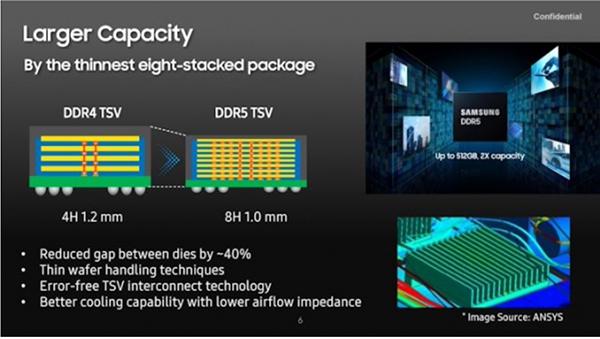 The report quoted Samsung as saying that although it can be stacked to 8-layer DDR5 memory modules, the entire DDR5 memory chip will still be thinner than 1cm. And compared with DDR4 memory chips, the new DDR5 memory chips will also have better heat dissipation function, and this is due to the application of new materials. In addition, Samsung also uses its own new power management IC in the module to reduce noise and make it have better power consumption performance. 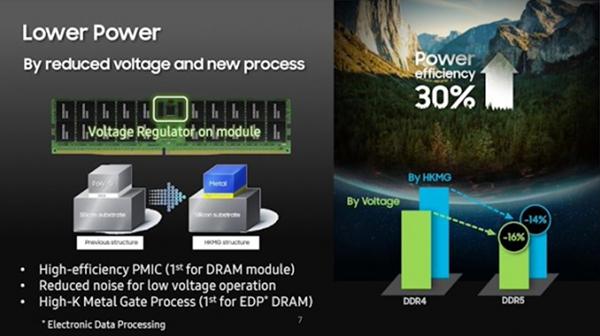 The report further pointed out that Samsung's new 8-layer stacked DDR5 memory will have a data transfer speed of 7.2Gbps. Samsung has also applied a technology called decision feedback equalizer to further increase the data transmission rate and keep the signal stable. In addition, Samsung also emphasized that the new DDR5 memory modules will be mainly supplied to the server market demand in the data center. 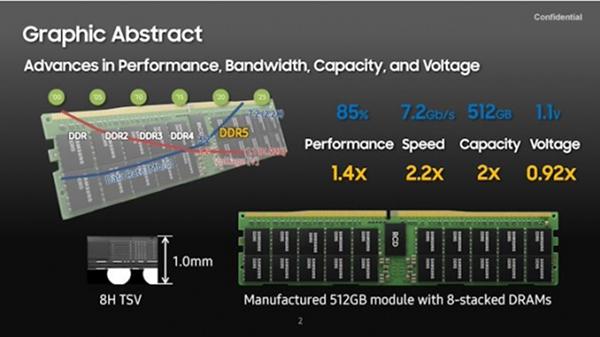