According to a report by the Nikkei, the Japanese government has confirmed on May 31 that it will provide subsidies to the foundry leader TSMC to establish a research and development center in Tsukuba City, Ibaraki Prefecture, Japan. The total amount is 37 billion yen (approximately). 2.15 billion yuan), or about 1.075 billion yuan. In addition, the plan will also cooperate with 20 Japanese companies, including related component supplier Ibiden, and Japan hopes to rebuild the competitiveness of Japanese semiconductors. 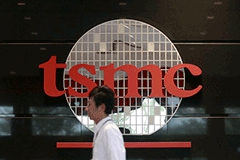 The report pointed out that TSMC has been continuously leading the field of semiconductor manufacturing, and Japan hopes to increase Japan's semiconductor manufacturing capabilities through the introduction of TSMC. In February of this year, TSMC announced that it would invest no more than US$186 million to establish a subsidiary in Japan to expand 3D IC materials research. With the determination of the Japanese subsidy policy, the construction of TSMC's 3D IC material research and development center in Japan will accelerate.

In this field, in the future, TSMC will also use Japan's advantages in materials and equipment to further develop through cooperation with Japanese companies such as Ibiden, Shin-Etsu Chemical, Nagase, and Shibaura Machine. It is expected that after the summer of 2021, the test production line will begin to be refurbished at the "Japan Industrial Technology Research Institute", and it is estimated that the research and development work will be officially carried out by 2022.

The report emphasizes that with 5G networks, autonomous driving technology, high-performance computing in data centers, and artificial intelligence, it is expected that the substantial increase in chip demand will result in a serious shortage of production capacity. These factors make Japan hope that its own companies can have Better semiconductor production technology, so the Japanese government intends to use the research center in cooperation with TSMC to further help Japanese semiconductor manufacturers not only strengthen their ties with TSMC, but also cooperate to enhance their competitiveness.

Regarding the Japanese government’s subsidy policy, TSMC pointed out in response, “The establishment of TSMC’s 3D IC center is aimed at bringing value to the semiconductor industry through more expertise in the material field. We thank the Japanese government for its support to enable TSMC and other companies in Japan. Partners must work together to advance semiconductor technology."