News on April 21 According to Semiwiki, the sales of semiconductor chip design IP in 2020 increased by 16.7% year-on-year to US$460 million, the highest record since 2000.

ARM still ranks first, with a market share of more than 40%, a year-on-year increase of 17.4%, slightly higher than the IP market. IP patent fees increased by 16%, and IP license sales increased by 19.9%.

This rapid growth in IP licensing sales is very beneficial to the future. This shows that if RISC-V still arouses strong interest and communication, then the industry will accept payment of license fees to benefit from ARM products, and ARM has released enough new products to attract customers in the high-end market, such as smart Mobile phone CPU, GPU and AI CPU, safe computing CPU, etc. ARM is the undisputed leader in CPU and GPU IP in the field of smartphone processors, and patent fees for these applications have reached the highest level. Because the IoT or MCU fields are too fragmented to represent the same huge opportunity, perhaps the next big target market will be automobiles, data centers or AI.

Synopsys and Cadence ranked second and third, respectively, with an increase of 23.4% and 19%. This trend confirms the effectiveness of the one-stop service model, at least for large companies that benefit from a broad sales organization.

Semiwiki believes that the reason why Synopsys has better sales growth than Cadence is mainly related to Synopsys' wired interface IP category. Synopsys has a 55% market share in this category (Cadence 12.2%), this category has grown by 22.4%, IP sales have grown by 28%, and Cadence has 20%. But Synopsys has also achieved success in many other categories, such as analog and mixed signal, cell library and I/O, memory compiler, etc. This is why in 2020, Synopsys confirmed its leading position in IP licensing sales, with a 30% market share, compared with 25.5% for ARM, and ranked second in IP sales, reaching 19.2%.

We will see that the other winners in the IP market are just the opposite. These companies focus on becoming the technology leaders in their market segments or sub-markets.

For example, Alphawave was founded by Tony Pialis in 2017, based on advanced SerDes IP, sales in 2019 reached 25 million US dollars. In 2020, Alphawave's sales have reached 75 million US dollars. Semiwiki believes that this success is related to their support for the most advanced interface IP protocol, PCI Express, 112G SerDes for Ethernet or D2D. These have been widely used in superscalar, data center, network or AI accelerators.

Silicon CreaTIons has once again become the leader in the analog mixed signal (AMS) category in 2019 and 2018 and 2020. The company has a history of 10 years and is now ranked first, second only to Synopsys.

Moortec is also a good example, which focuses on the on-chip monitoring IP of ICs on advanced technology nodes. The company was acquired by Synopsys in 2020.

The figure below shows the proportion of various IP categories in 2020. The main trend shown last year is that the relative importance of wired interfaces has grown more than all other categories. In addition, the CPU category stopped declining in 2020. 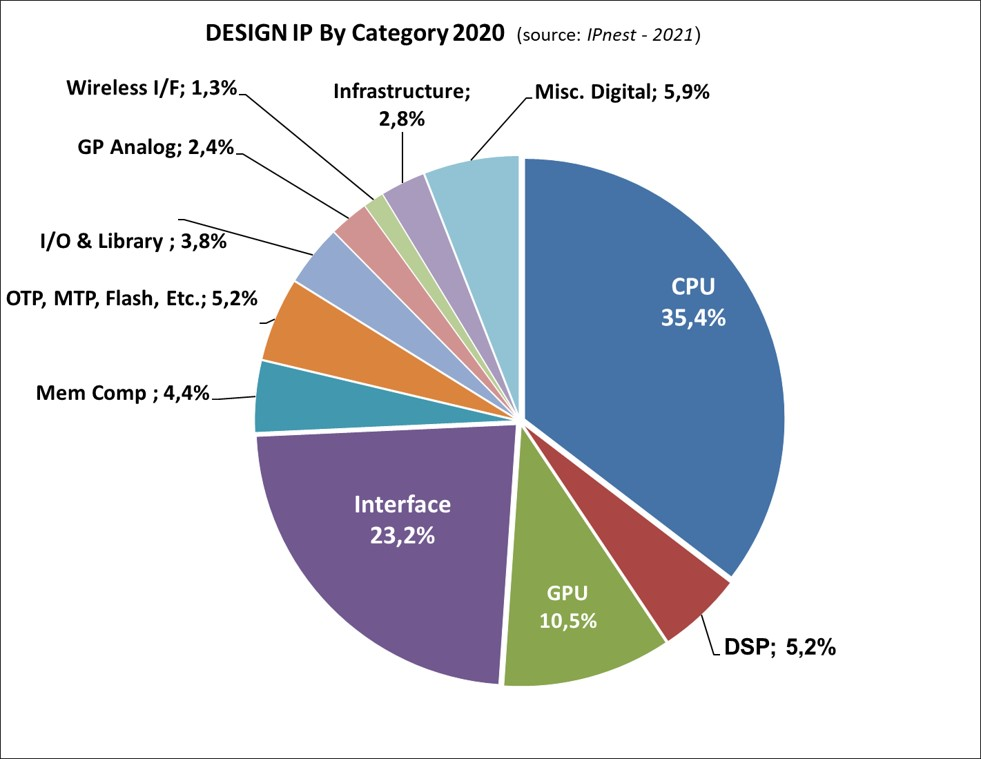 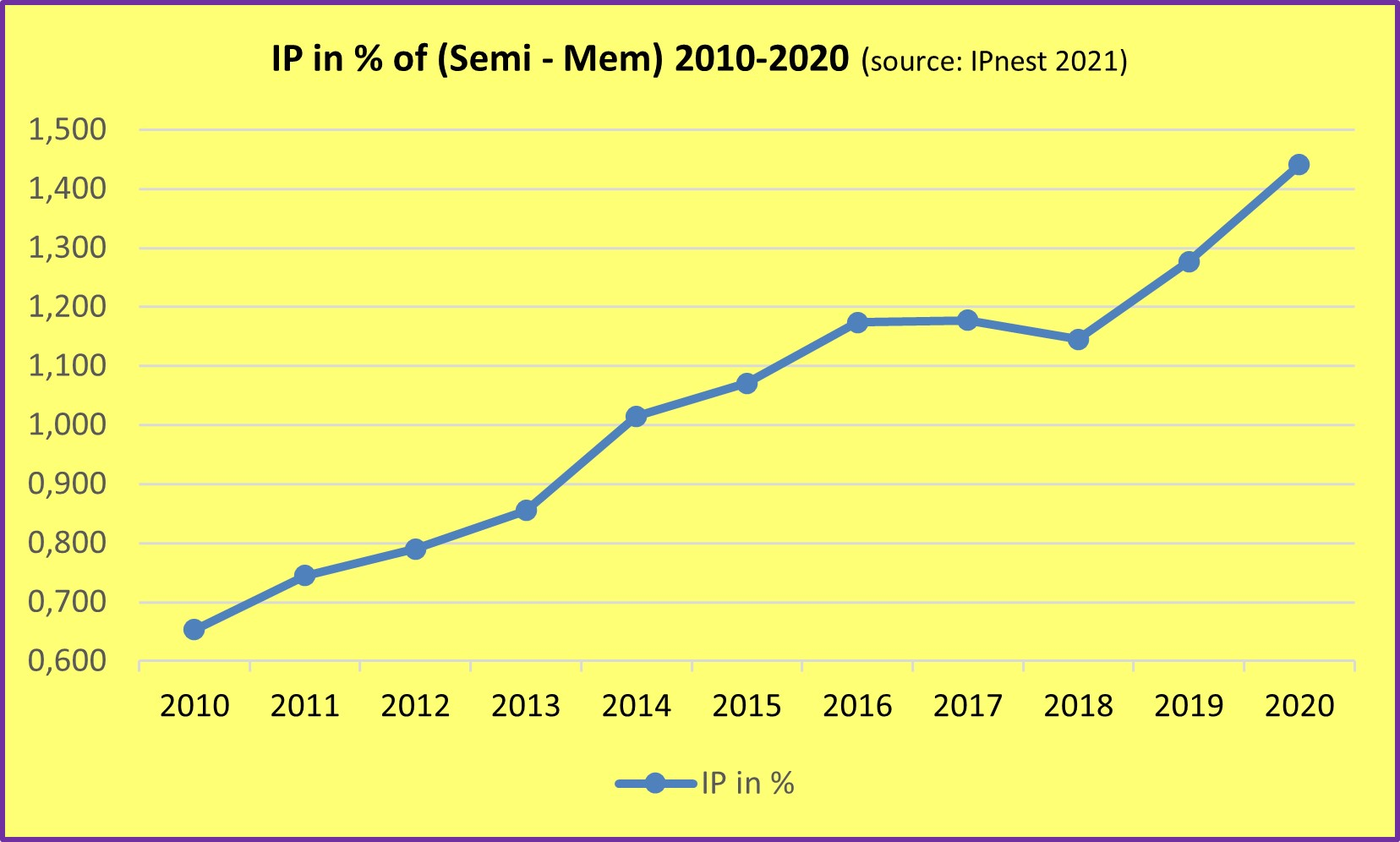