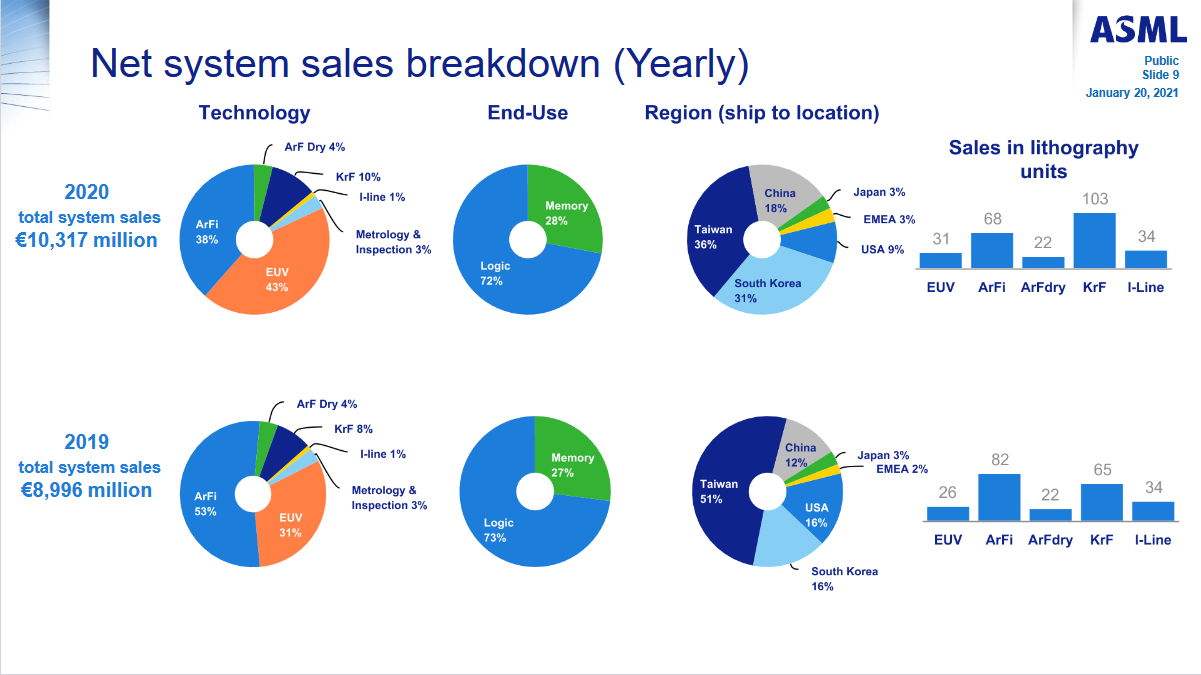 ASML delivered the first YieldStar385 system to customers in the fourth quarter. YieldStar385 has the latest measurement technology to improve measurement speed and accuracy, and can meet the requirements of the 3nm process. Compared with the previous system, the main enhancements include a faster workbench and faster wavelength switching, which can achieve high-precision register measurement and device matching that uses multiple wavelengths.

ASML expects that the next-generation EUV lithography machine will be mass-produced in 2025. It is estimated that by 2021, EUV annual sales will reach 5.5 billion euros.

ASML revealed to a reporter from the Science and Technology Innovation Board that in 2020, the number of DUV (deep ultraviolet) lithography machine bookings reached a record high (7.3 billion euros). In the DUV lithography business field, the production cycle of the first batch of NXT2050i systems was as long as 120 days, but as of the end of last year, the production cycle of the last five systems had been shortened to 60 days.

ASML expects revenue in the first quarter of 2021 to be between 3.9 billion euros and 4.1 billion euros, and the market is estimated at 3.52 billion euros; gross profit margins are between 50% and 51%.