Intel agreed to sell its Nand storage business to South Korea’s SK Hynix for approximately US$9 billion to focus on its main business.

SK Hynix said in a statement on Tuesday that it will pay 10.3 trillion won for the aforementioned Intel business. This business produces flash memory components used in computers and other equipment. The acquisition includes Intel's solid-state hard drive, Nand flash memory and wafer businesses, and a production facility in Dalian, China. 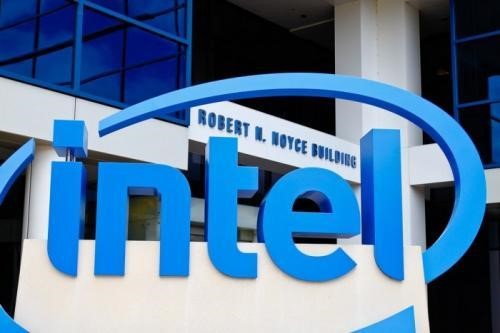 Since taking over as Intel’s CEO in 2019, Bob Swan has been considering selling multiple businesses that are not the company’s focus. The company's main focus is on processors used in personal computers and servers.

Intel has delayed the production of important new chip product lines and is now behind some industry rivals in manufacturing technology. So far this year, Intel’s stock price has fallen by about 9%, while the benchmark Philadelphia Semiconductor Index has risen by nearly 29%.

Giving up another non-core business may help Intel focus on solving its chip technology problems. Despite the delay, the company's server group performed well.

Last year, Intel sold its smartphone cellular modem division to Apple; earlier this year it sold its home connection chip division to MaxLinear Inc. . The company also said in July that it was considering no longer producing its own chips. Intel has said several months before that it is studying options for the flash memory sector.

The deal may be announced as early as Monday in the United States or in South Korea on Tuesday, and it will be an all-cash transaction. After the news was announced, Intel's stock price rose nearly 3%. As of press time, Intel has not responded to Reuters' request for comment, and SK Hynix declined to comment.

According to data in the first half of the year, SK Hynix's market share in the DRAM field is second only to Samsung Electronics, ranking second in the world, and in the NAND business, its 11.7% market share is much lower than the number one Samsung (31.4%) And Kioxia (17.2%), ranked second, Intel, with 11.5% of the market share, ranks alongside Micron as the fourth largest NAND manufacturer.

Based on this calculation, after the completion of the transaction, SK Hynix's market share will reach 23.2%, greatly reducing the gap with Samsung.

Data shows that the market size of memory chips in 2019 is about 111.8 billion U.S. dollars, accounting for about 32% of integrated circuits. Among them, DRAM memory and NAND Flash flash memory have standardized commodity attributes, and prices are highly sensitive to supply and demand. In the first half of this year, the storage industry has entered an upward trend of both volume and price. In the first quarter, revenue increased by 4% year-on-year and suspended for five consecutive quarters of decline.

The latest report by Trendforce, a market research firm, also stated that the epidemic forced millions of people to work from home. Thanks to the strong demand for PCs and servers, NAND flash memory sales increased substantially in the second quarter.

The oversupply rate (supply-demand) of the storage industry will significantly converge in the second half of the year, with memory at -1% to -2% and flash memory at 2% to 6%. In terms of product price trends, memory products are expected to increase quarter by quarter throughout the year, while flash memory's growth in the first half of the year may be better than in the second half.

Judging from the product price trend and the revenue of packaging and testing modules, the storage industry has entered an upward cycle. Although the peak season effect of the terminal market in the second half of the year may not be as good as before, the overall supply and demand will generally return to balance, which will promote the slow rise of storage prices.