Arm founder: Acquisition is a disaster. 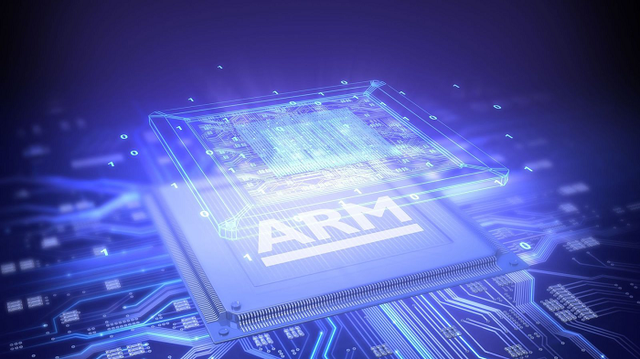 The global headquarters of Amou Holdings is located in Cambridge, England, and its designs are licensed to most of the world's semiconductor industries through companies including Intel, Qualcomm and Samsung. The 180 billion chips produced based on its technology cover a wide range of fields from smart phones to toasters.

Nvidia said that after the completion of the acquisition, the headquarters of Amou Holdings will continue to be located in Cambridge and will hire more employees to build world-class artificial intelligence facilities here. However, Hermann Hauser, co-founder of Amou Holdings, said in an interview with the media: “For Cambridge, the United Kingdom and Europe, this is a disaster.” Hauser believes that due to the fact that about 500 companies have obtained ARM chip design authorization Several of them are direct competitors of Nvidia. Nvidia may "destroy" ARM's "neutral" business model and create an "industry monopoly." At the same time, if Nvidia chooses to move the ARM headquarters to the United States, thousands of employees in the United Kingdom will lose their jobs.

In addition, Hauser also worried that the acquisition of ARM by a US company may cause the United Kingdom to lose its “economic sovereignty”: “If ARM becomes an American company, it must comply with the regulations of the US Foreign Investment Commission. In those British companies that use ARM chips, they want to When products are exported to various countries, including China, the main market, the decision will be in the hands of the White House, not the British...I think this is terrible."

"I think this is a disaster for Cambridge (where ARM is headquartered), the United Kingdom, or Europe." Hauser said, "This is the last European company to gain revenue in the world. It is now sold to American."

For these reasons, the ARM co-founder issued an appeal to the British government, hoping that the British government would attach three conditions to the transaction: ensuring the work of British employees, promising to maintain ARM’s open business, and exempting the US from security review of ARM customer relations .

He said that if these requirements cannot be met, the British government should support the company's listing in London and make it a British company.

In the face of Hauser's concerns, NVIDIA made a corresponding statement. Nvidia CEO Huang Renxun said that it will maintain ARM's neutral business model, and plans to retain the ARM name and brand, expand its headquarters in the UK, and increase jobs.

Hermann Hauser told BBC Radio 4: "This is the last European technology company with global influence and is being sold to Americans."

Hauser said that if Anmo Holdings becomes a subsidiary of a US company, it will be subject to the provisions of the US Foreign Investment Commission: "This means that if a British company using Anmo Holdings' technology wants to sell its products and export them Go to any part of the world, including China, which is a major market, and the White House, not Downing Street, will decide whether to allow exports."

Some analysis shows that the transaction may be subject to close scrutiny by regulators and competitors. According to the “Financial Times” report, the British Minister of Culture Oliver Dowden is considering whether to investigate the transaction in accordance with the 2002 Enterprise Act. If so, the UK Competition and Market Authority (Competition and Markets Authority) will conduct an extensive review.

ARM is the most important technology company in the UK and the world's leading provider of semiconductor intellectual property rights. More than 95% of smartphones and tablets in the world use the ARM architecture, and its technology is characterized by high performance, low cost, and low energy consumption. It occupies a leading position in the field of processors such as smart phones, tablet computers, embedded control, and multimedia digital.

In 2016, Japan's Softbank Group acquired ARM for US$32 billion. On September 13 this year, SoftBank agreed to sell ARM to Nvidia for $40 billion. SoftBank expects to retain less than 10% of ARM's shares.

Although Hauser and some former ARM executives are opposed to the transaction, most outsiders believe that the British government will not obstruct it. The British "Daily Telegraph" previously quoted a source to point out that the British government usually only uses "national security" as an excuse to block overseas acquisitions, but the United States is an "ally" of the United Kingdom and is therefore unlikely to obstruct it.